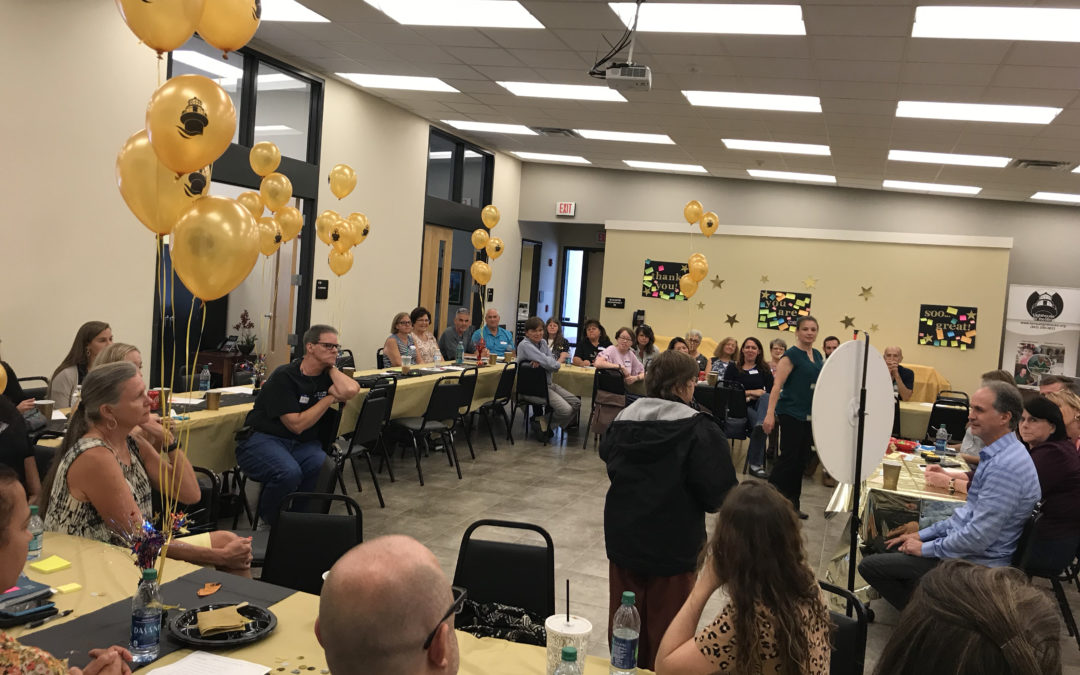 On July 19th, Lighthouse team members from both Tampa and Polk gathered together for what some perhaps thought was a typical staff meeting.

Upon arriving, they found the room filled with balloons, colorful tablecloths, games, and a delicious lunch spread. As the staff visited and enjoyed a meal together, Program Director, Jennifer Brooks, acted as emcee for the day. She led everyone through team-building games – one of which involved spinning a wheel and answering questions about the history, personnel, and fun facts about Lighthouse today, and over the years.

Board members joined in, along with the leadership team, as Sheryl, Veronica, David, Kristy, and Eric acted as the judges. Much laughter and good fun took place, especially during a game involving popped balloons, with clues flying out from each one.

“I know there has been some chatter around the office, but we would like you to guess why we are here today, and these clues will help,” explained Jennifer, as balloons popped, and eyebrows raised. One of the clues read, “because we are all one Lighthouse no matter our geographical area.” Another read, “for a fresh, new look,” and another, “to better represent who we serve and where we serve.”

By this time, many were onto what Lighthouse’s Marketing Committee and leadership staff had been up to for all of these months. Tampa Lighthouse for the Blind was getting a new name, a new logo, and a refreshed look! 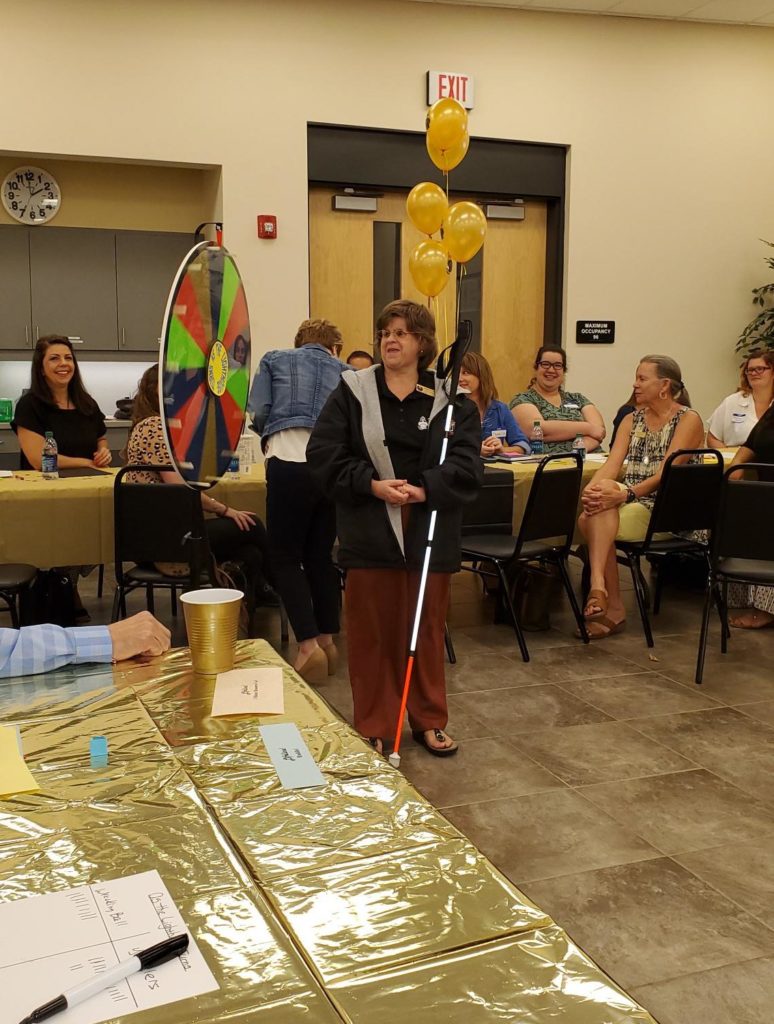 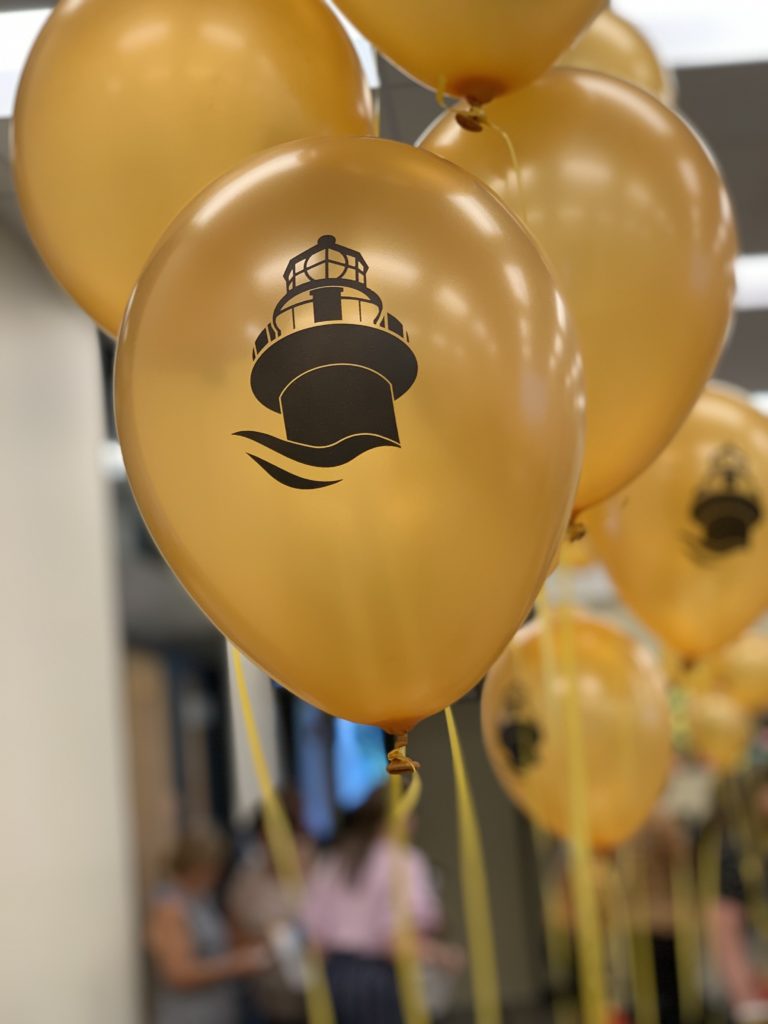 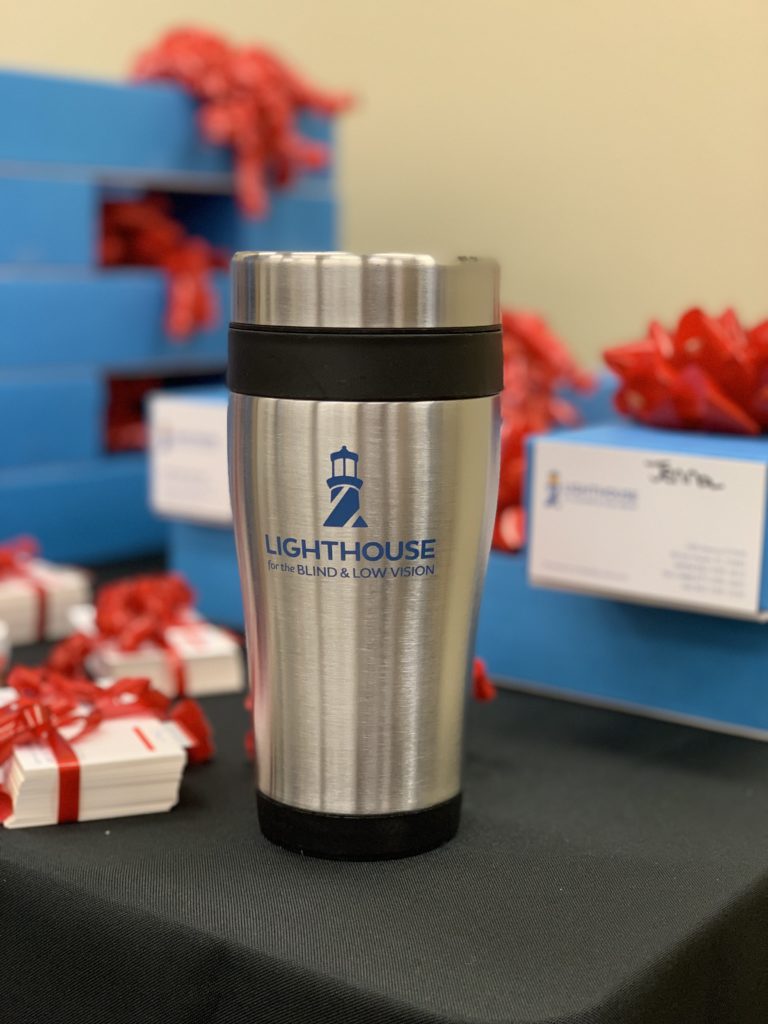 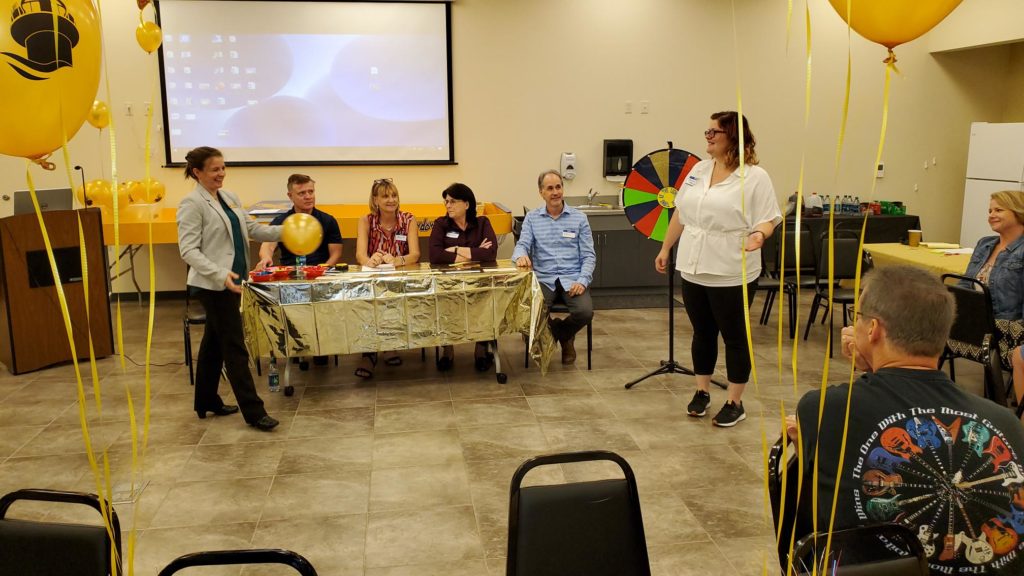 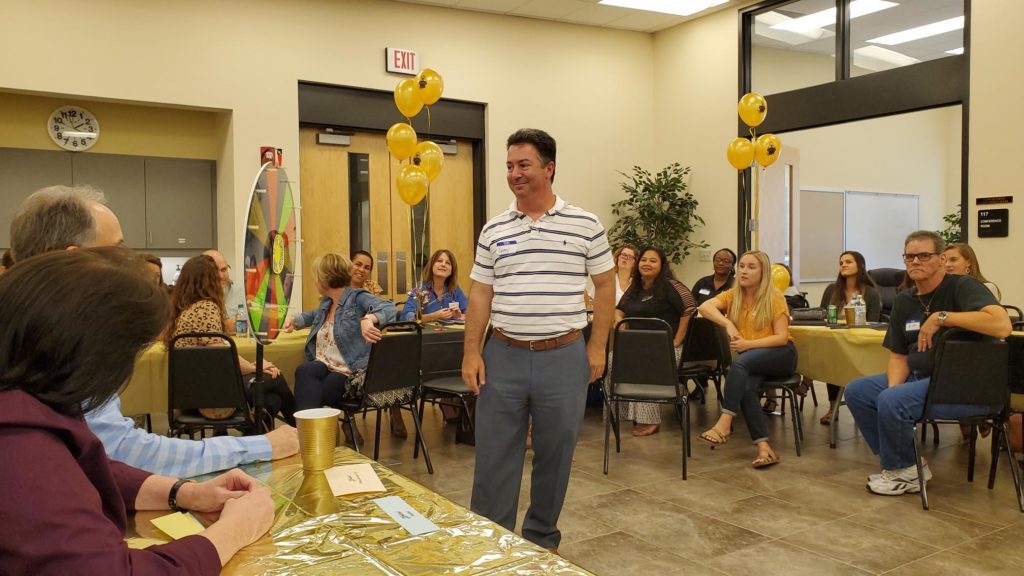 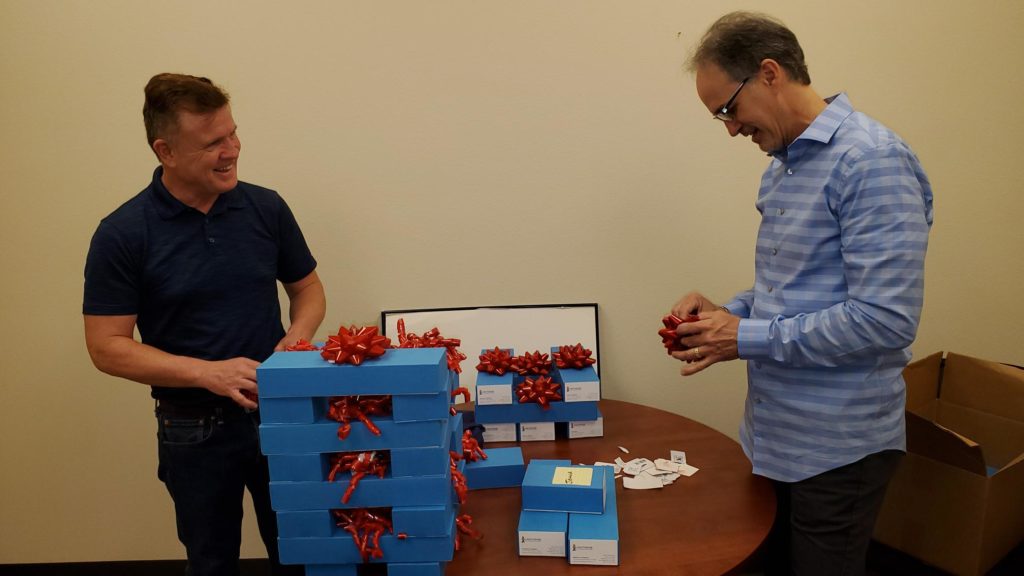 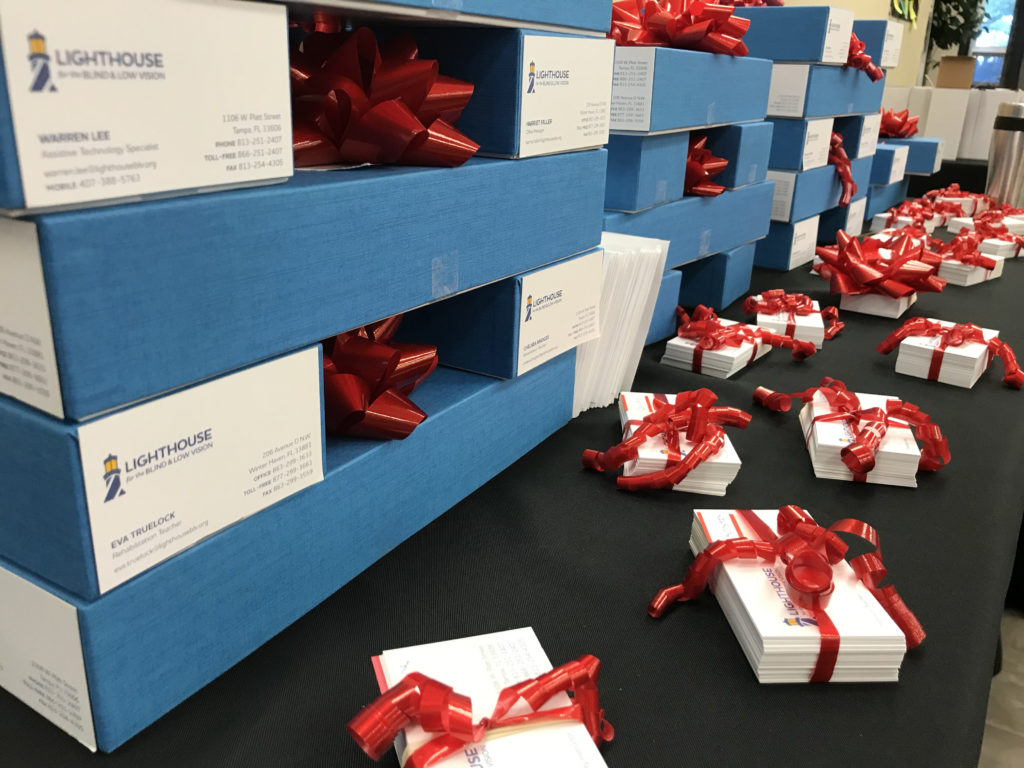 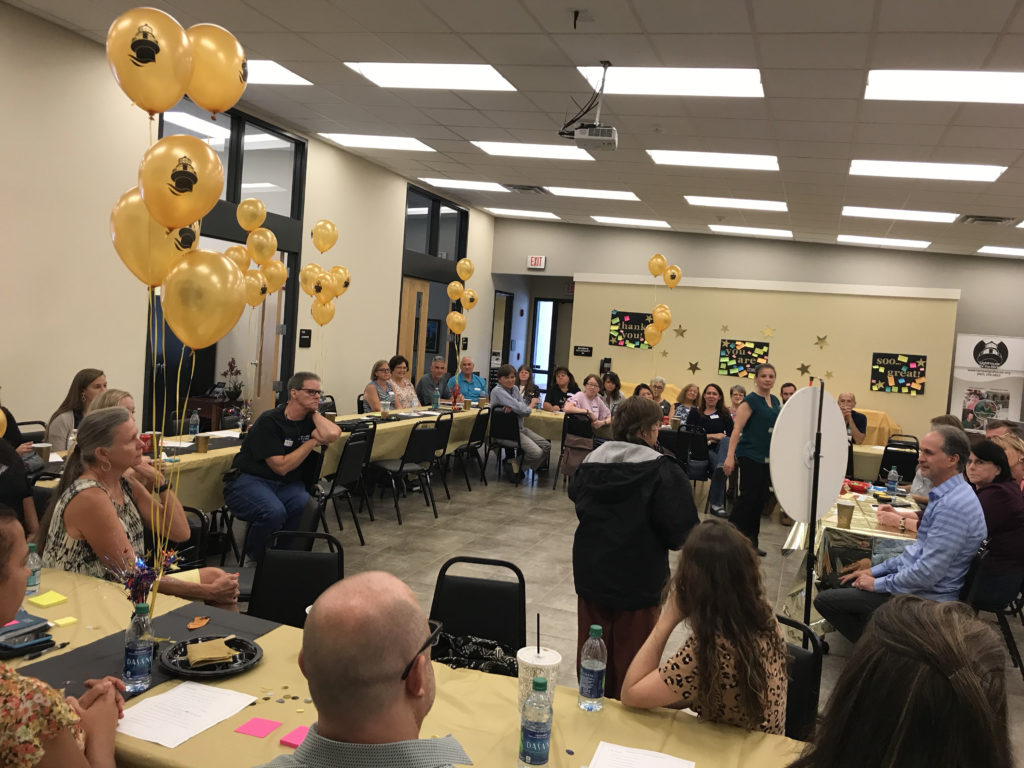 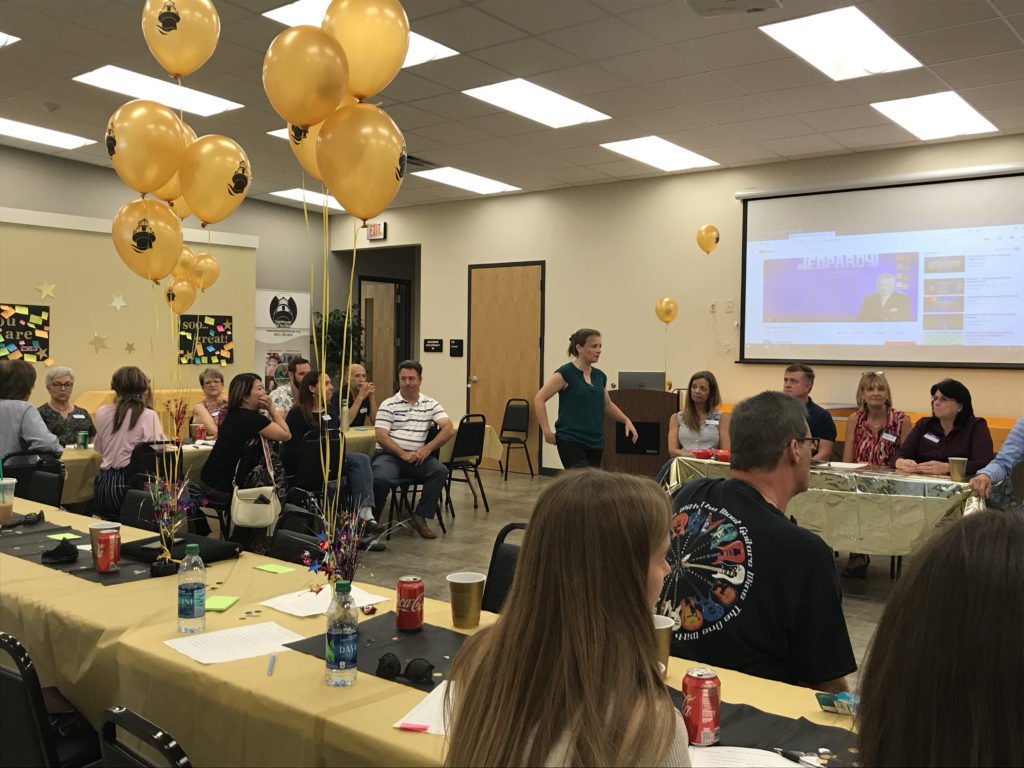 After sending out a request for proposals to many advertising agencies, Lighthouse chose the team at MADE – a boutique marketing and branding agency located in Lakeland. Lighthouse became familiar with MADE years prior, as recipients of pro-bono services through the agency’s annual Brandathon, a 24-hour event benefitting non-profits in the community.

Through months of research, focus groups, staff, parent, client, and board input, the new name and look were chosen. Lighthouse for the Blind & Low Vision officially launched the new brand on July 22, which includes a new logo, the tagline Guiding to Independence, a refreshed website, outdoor signage, printed materials, and more!

The team from MADE joined the staff to make the announcement. Michelle Ledford, President/Principal, and Allen Reed, Executive Creative Director made the presen